As of May 25, 2011, Dr. David Fly, DVM, New Mexico State Veterinarian states: "It appears that the outbreak is under control; however due to additional exposures either at other events or horses that were exposed, but have not been identified, it has been determined that an additional 7 – 10 days is needed before normal equine movement can resume."


There have been 9 reported deaths from EHV-M since the outbreak began in the first week of May.  One horse has been euthanized in New Mexico and there are three other reported cases at this time.  In all there have been 55 cases of EHV-1 reported in the western United States and Canada with the majority of the horses recovering and only the 9 cases exhibiting neurological symptoms (EHV-M).


Posted by Barn Dogs at 6:47 AM No comments: Links to this post

Posted by Barn Dogs at 2:00 PM No comments: Links to this post

Shelley Bachicha and her horse Macho, of Santa Fe, are soon to be national celebrities!  Shelley and Macho auditioned for the ACTHA America's Favorite Trail Horse reality television show - and qualified for the national competition.  They are 1 of 100 horse and rider teams nationwide to make the cut.  They will travel to Austin, Texas to compete with the other finalists over a course of 4 obstacles.  Judges will be watching each horse's personality, style, and abilities.  The competition will be televised as a 10 episode reality show and America will vote for it's favorite trail horse. ACTHA (American Competitive Trail Horse Association) hopes that American interest in trail horses and trail riding will be reawakened by seeing how wonderful these horses are and what a pleasure trail riding can be.  They hope that many Americans will want to get back in the saddle and rescue the many horses who need homes.


Macho is the perfect ambassador for this project.  His mother was a BLM mustang and his father was a roping quarter horse.  When his original owners determined that he would not be large enough for his intended use they planned to shoot him.  Enter Shelley who saw in him a wonderful trail horse and potential friend for life.  You can follow Shelley and Macho's progress on his facebook page at Macho of Santa Fe.  Shelley and Macho are active members of ACTHA.  They do competitive trail riding and three day eventing.  For more information about ACTHA please visit www.actha.us.


HRTV, The Network for Horse Sports, will air the series beginning in mid-summer of 2011.  Be sure to watch and to cast your vote for America's Favorite Trail Horse.  Congratulations and best of luck to Shelley and Macho!

Posted by Barn Dogs at 7:49 AM 2 comments: Links to this post 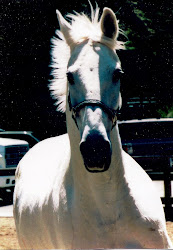 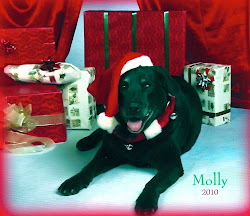 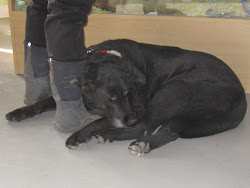 "I'll keep her here. You make the sale! 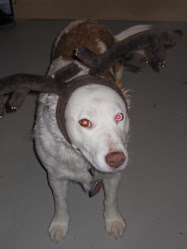